Jan 2011. Playing on the local pond with friends. Thanks to Vicki Schouten for the great video. 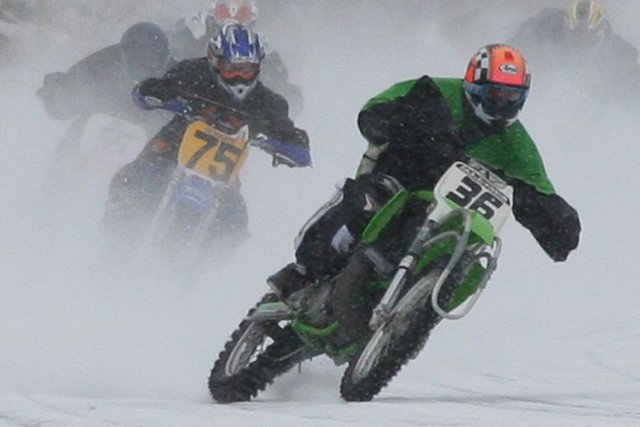 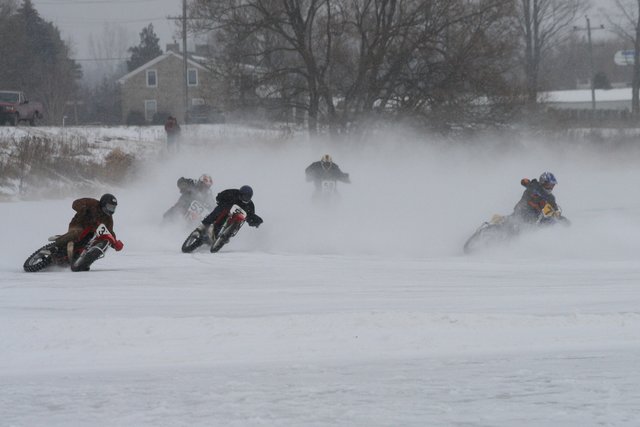 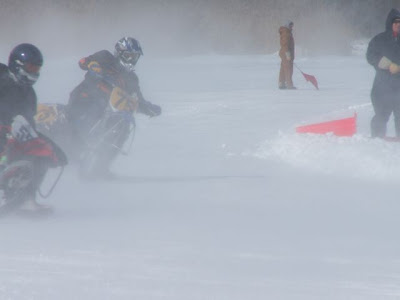 The YZ 250 takes 2nd in the open PRO class , the only 250cc bike in the class of 450 and 575cc bikes. The Bytown news lettre comented on me allways bring a knife to a gun fight. I guess i will just sharpen my knife some more. 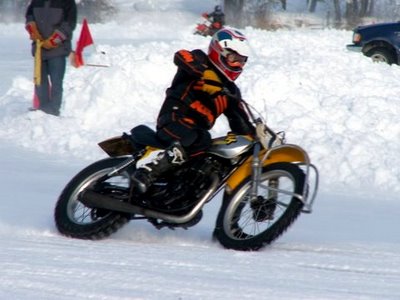 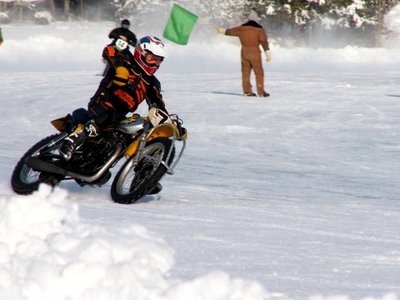 This is the most fun of all!

The ice racing put on by Bytown Motorcycle Assoc. was the fastest racing I have been in on ice .
I rode a vintage 1977 TT500 stock framed Yamaha in B2 class. This bike was fast in its day putting out 35hp built-up with cam, pumper carb etc, but running against the 46+ hp bikes of today was a real blast. The old bike mostly grabbed the hole shot because of the 1st and 2nd gear grunt, putting me in a good spot to fend off corner passes. There were huge crashes all season ,one right in front of me. I just missed the rider but his 450crf took the full hit of my 290lb heavy masher. Crushed rads and shattered plastic, but we survived with only minor hand injury as fallen guy was hit by next bike. I also rode the yz250 in a pro open 2 stroke, against 500cc bikes, this was so fast . 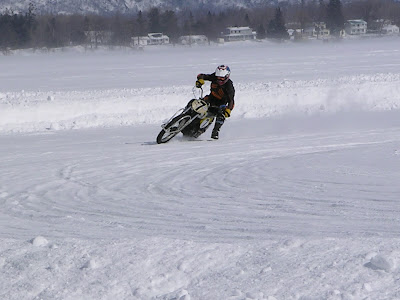 I had a spectator say to me that he had no idea it was possible to go so fast on ice, 85+ MPH , his friends would not believe him.
I will be riding a KTMsmr in the SM1 class this year ,and the 250 in vet35 so back to gym!! 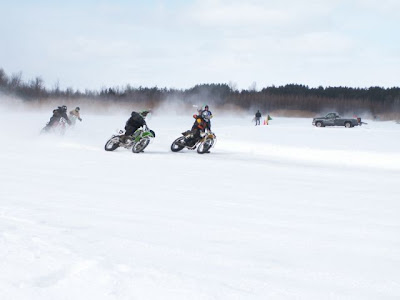 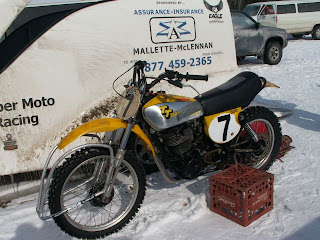